I like to play on a looper - but I am trying to work out how to do so while bringing a satisfactory end to a song - like a crashing chord which fades to nothing. I have experimented with muting a volume control - but the effect is a little too abrupt. What I would like ideally to happen is

a) I press a button (some trigger)
b) Over the subsequent second (or less than that) the volume goes down to 0
OR
c) Some kind of powerful delay effect is triggered, and at the end of the second, all the incoming music to it is switched off such that the delay effect just echoes out the final second it heard

So I suppose my question is: is there any way to automate a reduction in volume over a short period, or is there any plugin which will do something after a pre-specified time offset (e.g mute after a second)

you can do that with a combination of cv and slew rate which you can map to the volume button or an x-fade if you wan’t to blend it. I’ll use that to create fake tails to effects.

Thanks very much - that solved it for me!

Also, to see the “slew rate” in action - I had to look at your board: 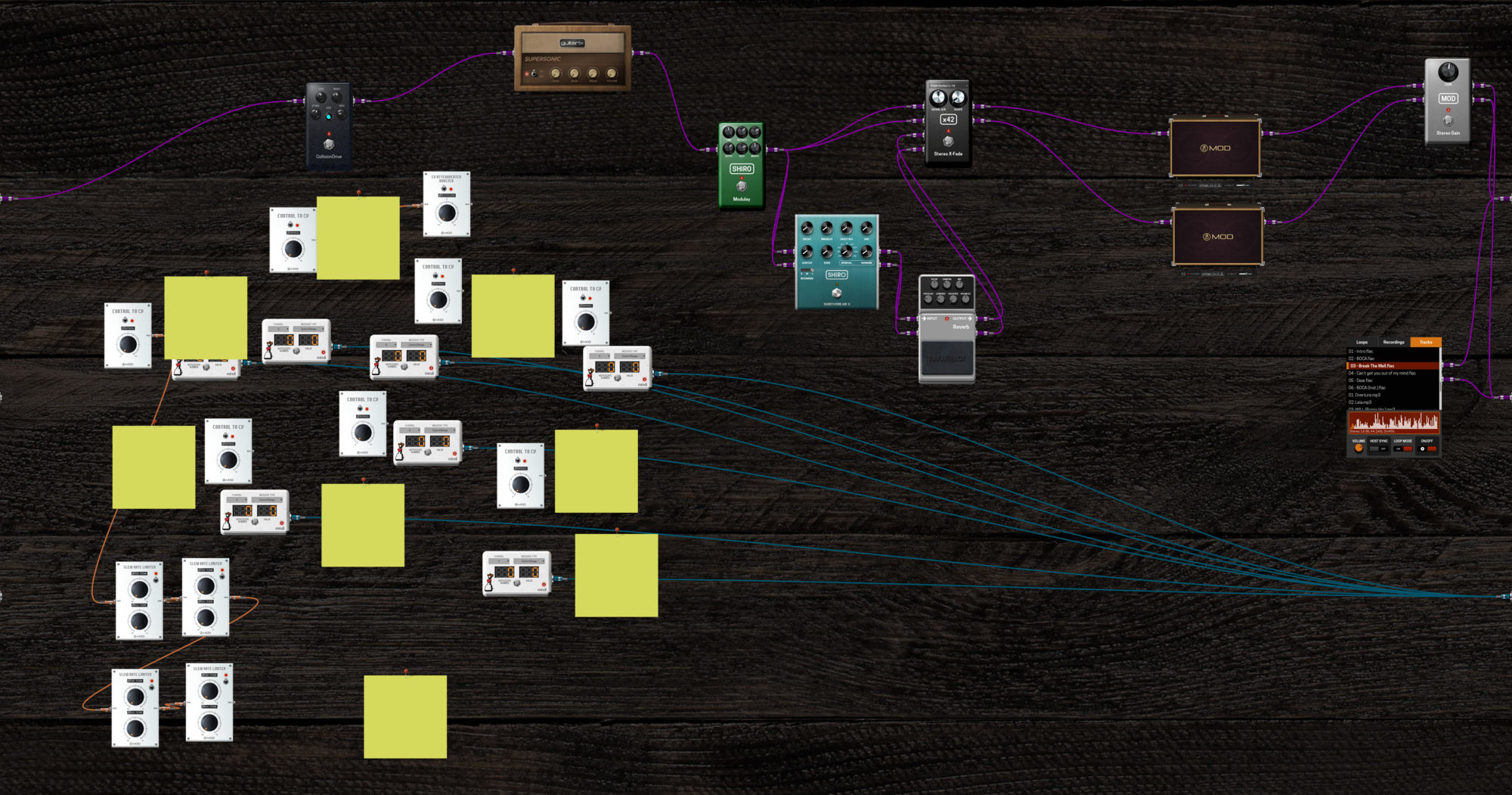 This is Version 0.8 of my Delay Reverb Pedal for the Mod Dwarf. Check it out on YouTube: youtu.be/UdRxfxPx5jI I use it as an quick and easy creative tool with lots of versatility. It goes from subtle dotted 8th to ambient swells with just 5...

That is absolutely amazing!