All people interested in Amp tones should watch this video

Here is the link. The guy owning that channel has already produced excellent myth busting videos about tone. This one is REALLY instructive 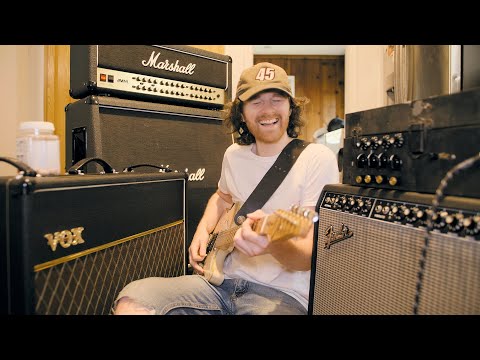 If guitar players employed 10% of the energy they use pursuing “the tone” and sifting through effects pedals into actually playing the guitar, there would be a hell lot more of good music out there.

I did a home recording for a festival ~15 years ago with the guitar going straight through a (horrible) M-Audio interface into Logic Pro and – guess what? – the “tone” was highly praised!!! The technical director came to ask if I had used a Neumann U87, and I said: “Not one, two!”

I’ve watched his other videos! They are really good

Glen Fricker did some tests where he narrowed down that the biggest changes in tone were from changing speakers.

Glen Fricker did some tests where he narrowed down that the biggest changes in tone were from changing speakers.

That’s the only part of the equation where significant changes can happen. The type/material for cones, size of the magnet, dimension of the speaker, suspension type, the coil length/impedance… There’s more pure physics at play here than the size of the filament of the tube being 7.2 or 7.4 mm long.

Now, if you bring that up in a guitar gear forum, there’ll be an endless discussion as to whether or not the cone of Egyptian papyrus is better than one from Hemp leaves – is it “roomier”? “Crunchier”? “Edgier”> “Whateverier?”…

(Audiophile forums are even worse.)

It’s the one that you listen to and say “yeeeaaaah!!”

“So, which one is the best?”
It’s the one that you listen to and say “yeeeaaaah!!”

Exactly, that’s why I was dreaming about how “easy” digital could emulate that in the future when I was just starting out …

Awesome video, probably the best on this topic I’ve ever seen, I’m taking this to the JustinGuitar Community as well

“I’m just a performer. I don’t know anything about circuits…”

Brilliant remark, @Azza. Just yesterday I told my wife, who’s going to teach a course on scientific methods in graduate school next Spring, that this video could be an excellent introduction. It’s highly relatable – “I’m just a performer!” – but he does an excellent job of narrowing possibilities with proper testing and not trying to influence viewers. What’s more, his Tackle Box is all solid state!!!