I have a use-case where I would like to have a momentary normally-open push-button switch in my plugin.

Based on Define Footswitch as hold button - #26 by Pablo it is possible for physical foot-switches by assigning the momentary on/momentary off in the button assignment page as per image below. 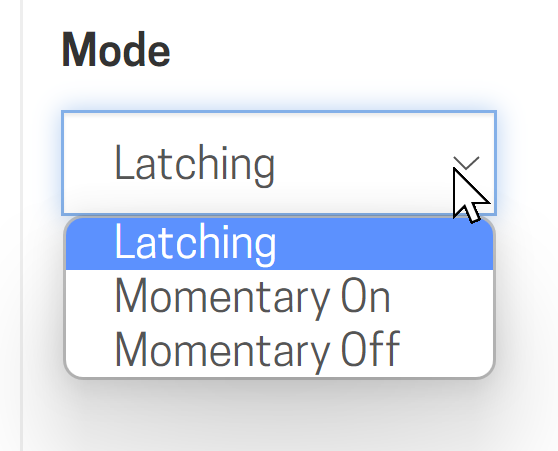 However, I also want this to work in the auto assigned buttons page. The only way I can get a non-latching boolean control is by using a pprop:trigger (like the image below) but this is doing down edge trigger event and doesn’t support something like the “hold” 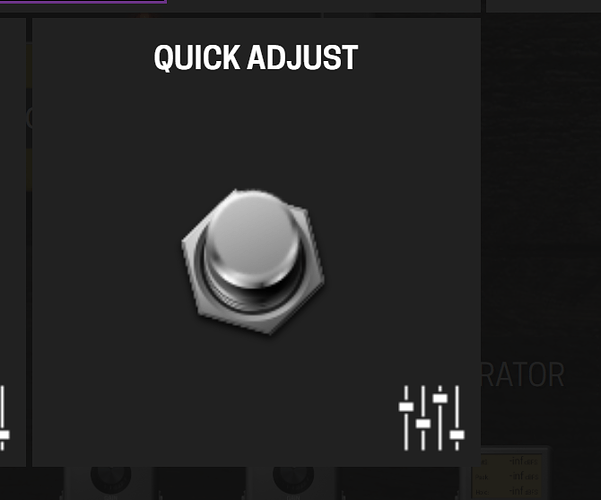 If I don’t use a pprop:trigger, then I get a normal latching switch like in the following image: 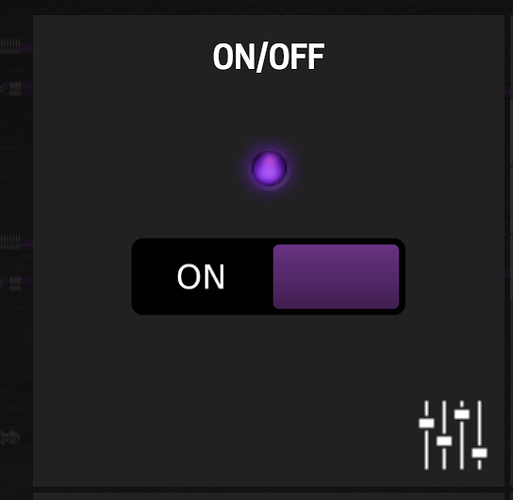 So it seems we can change the way the physical foot-switches are assigned to the latching bool ports, but I cant find a way to just specify the LV2 port is a momentary NO switch.

Does anyone know a way for this to work or would I need to create a new feature request?

This is how I declare the REC/DUB button for the LP3:

Thanks for the info, but it seems it behaves the same as “pprop:trigger” alone. That is also how I declare my quick adjust at the moment. Its just that it is edge triggered and can’t seem to support “hold” like functionality. I.e. Keep quick adjusting while I am holding the button down. Instead it just does it once

Sorry. Posted the wrong one. My software is able to distinguish a long press from a short press on this button.

It gives a sideways sliding button image instead of a push-button but it works correctly as a momentary switch and I can always add a push button to the pedal GUI anyway. Thanks!