Is it possible to? Delay with andom reverse, glitchy delay and reverb effects

I saw this video and fell in love with the way the octatrack played with the piano-sound.
Is it possible to make the same kind of effect with my Mod Duo X? 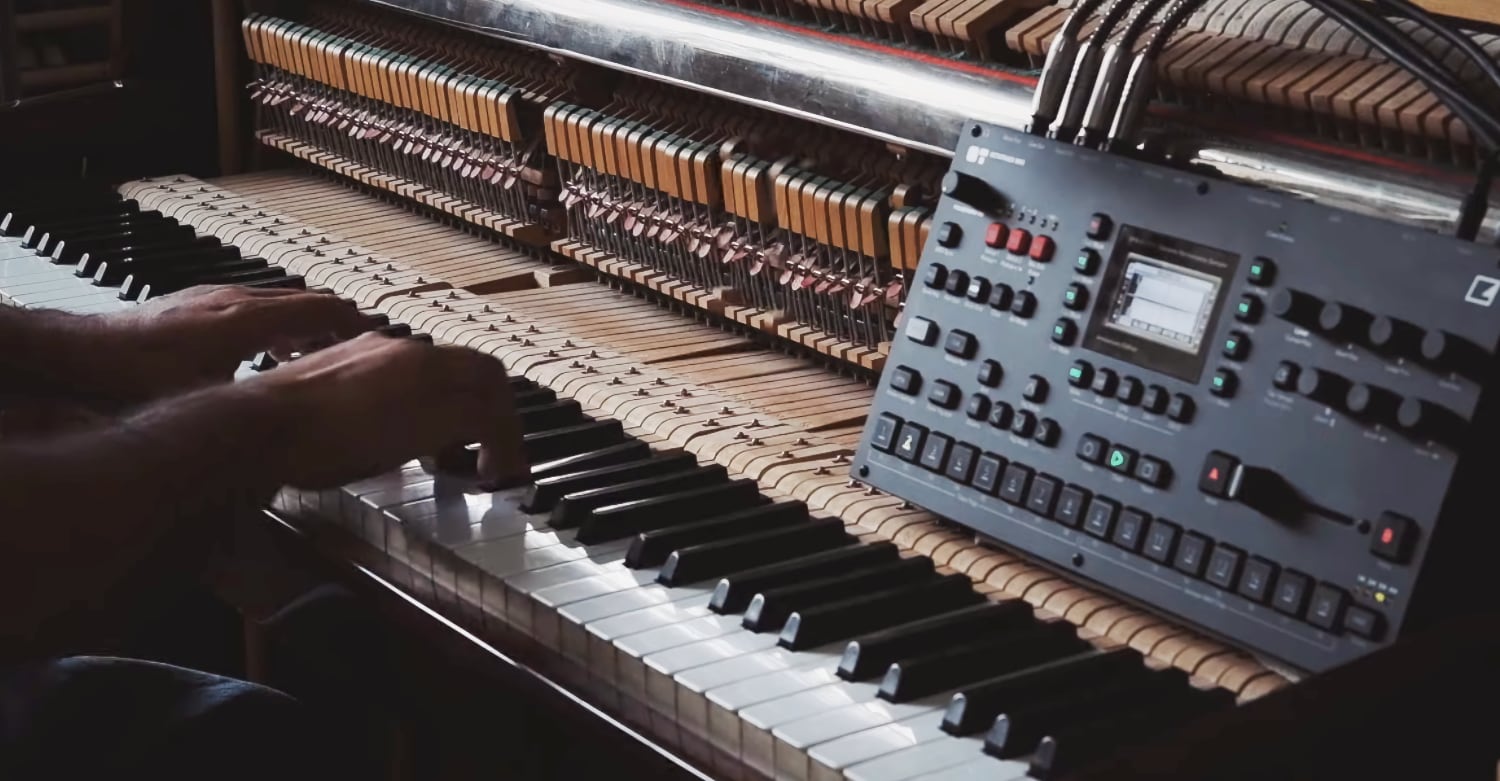 “Basically, it continuously records and play what I play, effecting the recorded material with random reverse, glitchy delay and reverb effects….”

I would say it’s doable. Either with a long delay or a looper going into to an effects loop with the effects you want. I think most things are possible with mod. Either through creative use of pedalbor dpatching or through new plugins from an amazing community of devs and enthusiasts!
If you don’t own a mod device, you can even try to set it up in the online mod GUI.
[http://sandbox.moddevices.com/](http://sandbox.moddevices.com/

There definitely are some reverse delay plugins, and one of the delays called “avocado” does stutter/glitchy stuff.
It would be awesome to have some kind of granular effect though.

You can also use the “stuck” plugins and automate with CV lfos to trigger freezes and stuff, like on this pedalboard:

Trying out the arpeggiator. Playing with the LFO S&H to randomly trigger note freezes. Ambient stuff going on here.

To add to that, there is a granular effect called the “Mayank Granulator”

Interesting, I will take a look at that! I love the versatility of this device